Breastfeeding: Factors Leading to Lower Than Suggested Breastfeeding Rates In The United States

Breastfeeding: Factors Leading to Lower Than Suggested Breastfeeding Rates In The United States

The mother’s body is capable of such an amazing gift for her child through the natural ability to breastfeed. This gift allows the mother to provide her child with the proper amounts of physical nurturing and nutrition in order to promote the ability to thrive and grow. However, as remarkable as the art of breastfeeding […] 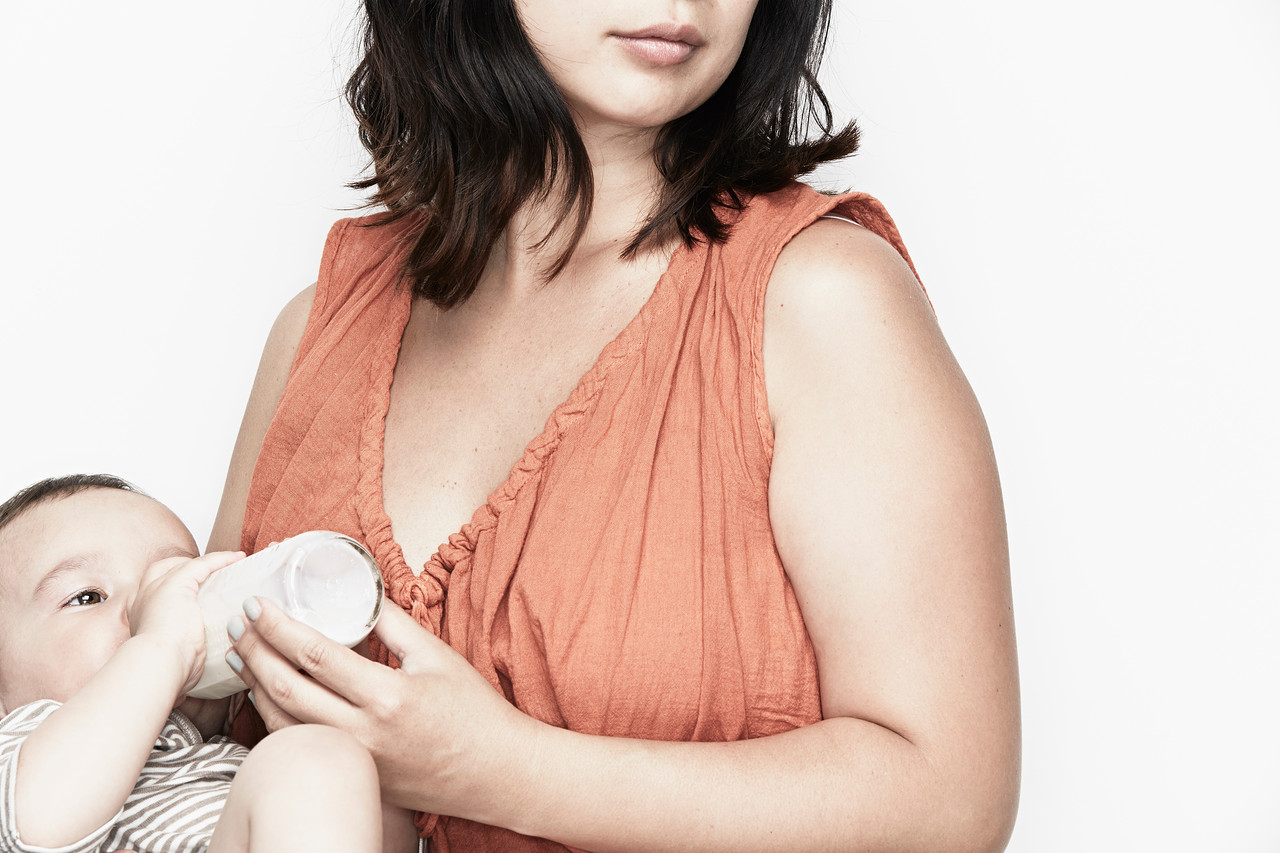 So let’s dig deeper and not only discuss the importance of breastfeeding, but also how to educate mothers on overcoming challenges in which some face on this topic…

According to World Health Organization (WHO), a newborn should be fed breast milk from their mother within one hour of birth. WHO also recommends all newborns to exclusively be breastfed for the first six months of life, with continued breastfeeding paired with complimentary food supplementation until at least the age two. In addition, the WHO website goes as far to express, “Virtually all mothers can breastfeed, provided they have accurate information, and the support of their family, the health care system and society at large.”

So if this is so, why does the United States have one of the lowest breastfeeding rates in the world? According the Center for Disease Control (CDC), in the United States, only 40.7% of newborns are exclusively breastfed at three months of age and only a mere 18.8% of children are breastfed at six months. This is dramatically lower than WHO’s recommendation of all children to be exclusively breastfed for the first six months of life.

Are these statistics present because American women physically cannot breastfeed as well as women from other areas of the world? Or are their possibly other factors standing in the way of these mothers?

One suggestion is that it may just be as simple as the fact that the mothers in our society have not been given the proper support or environment needed to successfully breastfeed their children…
And here are some factors used to back up this suggestion:

First, we must get it out in the open and discuss the American culture and the overall view of female breasts.

This may sound like a wild statement; however more women than not have experienced instances of being shamed while breastfeeding their child in public. And this shame paired with anxiety can actually cease the production of milk in the female body. Society tends to forget that a breastfeeding mother is comforting and nourishing her child in a time of need. Instead, often times the view is unintentionally warped into the thought that the woman is inappropriately revealing a private part of her body in a public situation. In other counties, let’s take Sweden for example, women are not felt as if they have to hide and breastfeed their children in public restrooms to avoid feeling shamed. Instead, the Swedish culture openly welcomes women to breastfeed in all public areas. In fact, they don’t only WELCOME it, but they ENCOURAGE it with no judgment given.

Secondly, let’s discuss the current American healthcare system and its role in breastfeeding… Due to the hustle and bustle of most hospital systems, many women have stated that it seems as if nurses and/or doctors have adapted the mindset that THEY are the primary caretakers of the newborn during the stay rather than the parents. This may include carrying out duties such as bottle feedings, changing diapers, giving baths, and/or providing required medications, etc.; however this can leave the mother without the guidance and supervision she needs to feel confident on her motherhood journey. Therefore, rather than being given the repetitive, supervised education she needs while at the hospital, the mother may return home with many questions and doubts on her ability to provide nourishment to her child alone.

When you go home breastfeeding should just come naturally and simple, right?

No, this is not true for many women.

And if it doesn’t, most women feel that they are required to look at other options such as formulas instead of seeking assistance from other professionals. And although formula is widely marketed as having comparative nutritional values as breastmilk, this is not so. In most cases, the top two ingredients of popular formula brands are actually high fructose corn syrup and other forms of sugar products. So not only does breastmilk differ from formula in the fact that it does not contain man-made sugar products, but it also provides a key ingredient that only the mother can provide: specific and unique antibodies directly to the child in order to stimulate a strong immunity from an early age and promote optimal health.

So let’s circle back to the beginning of this entry when it was stated, “With the right support, mothers- of course you can!” (In regards to breastfeeding, of course.)

Lastly, most women don’t know that they can seek help elsewhere outside of their culture and medical doctor… And that’s where chiropractic comes into play!

We here at McKinley Family Chiropractic strongly believe in supporting mothers, no matter where they are at on their journey. Not only do we want to educate women on the importance of promoting health through proper nutrition for their children, but we also aim to assist the mothers and children who have difficulty with breastfeeding as whole.

For example:
Are you a mother who is not able to produce milk supply?
Do you have a baby who is unable to latch, or unable to maintain a latch during breastfeeding?

These concerns may actually be due to nerve interference (aka=subluxation) disrupting the body’s ability to process the information needed to complete these vital roles. Nerve interference can actually be caused by stressors directly affecting the mother, the child, or BOTH. Stressors including physical stress caused by the actual birthing process (traumas), emotional stress experienced by the mother (thoughts), or harmful chemicals ingested by the mother due to poor nutrition, or by the newborn in terms of formulas (toxins). The chiropractor’s role is to FIND these interferences, correct them through a specific chiropractic adjustment, and allow the body to self-regulate itself once again in order to produce milk supply or the newborn’s sucking reflex.
Therefore, we find it crucial for you, MOTHER, to stay educated, find the healthy support you need, and have your child’s and your nervous systems checked by a chiropractor routinely so that you CAN be a breastfeeding mother.